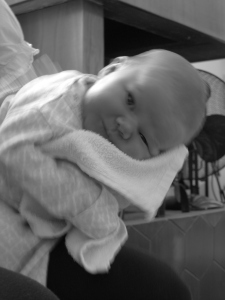 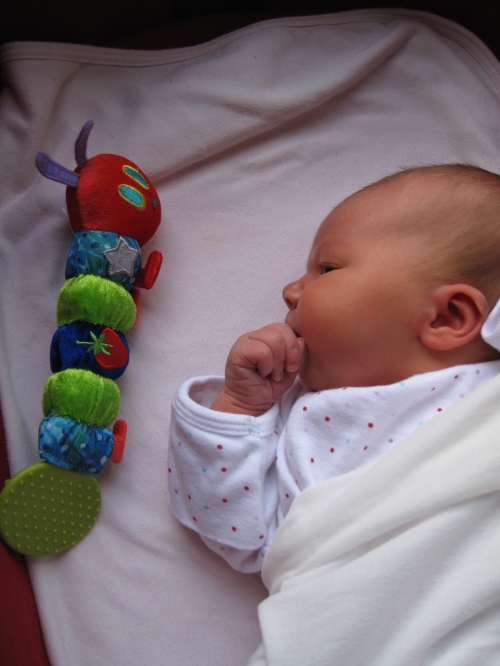 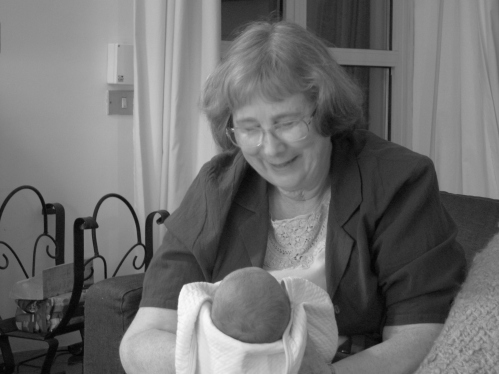 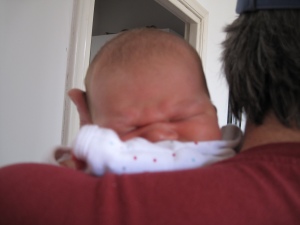 Paul’s mom brought three suitcases to Rome. Only one was full of her things… 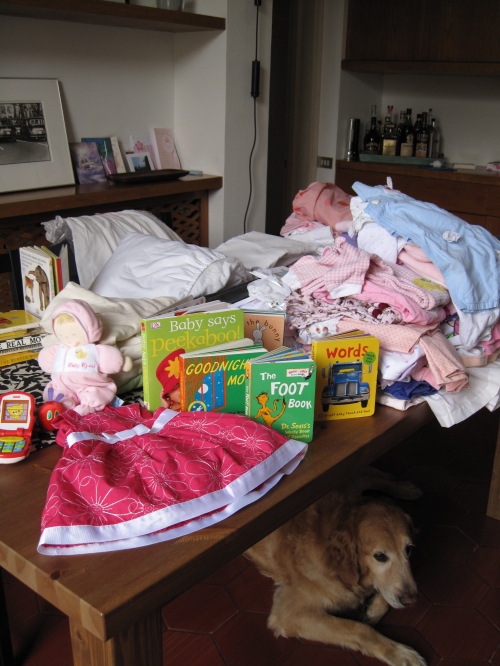 Carter gets in on the action 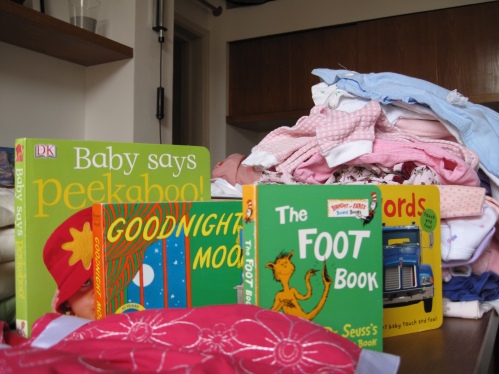 The Covers came over to visit with Phoebe, who is now the proud owner of a fluffy pink sheep. (Carter’s got his eye on it but we’ve managed to divert his attention so far.) They also brought us delicious Thai food–hard to come by in Italy–and wonderful smoked salmon, cream cheese and bagels. Nothing could’ve been better for a former New Yorker, especially one who was sworn off all smoked/raw foods for 9 months… Delicious! 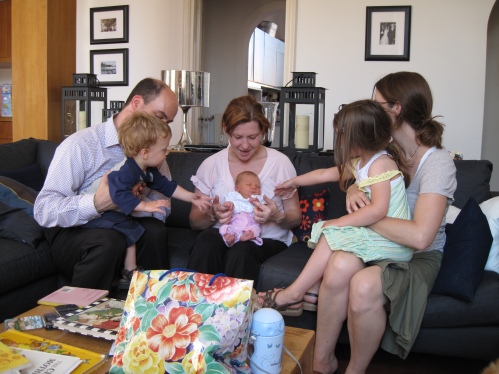 She’s here! Paul and I welcomed our daughter Phoebe to the world this morning at10 am. She’s beautiful, if I do say so myself. Happy, healthy and we are thrilled. More details plus photos to come. For now, family is resting comfortably at the birth clinic, heading home tomorrow. Thanks for all of your thoughts, prayers and well wishes.

It’s here, the official due date

As I type, no baby has yet arrived. In the meantime, I pass along a note from Paul’s mom this week.

Paul Gerard Mathews was LATE for his due date by well over a week, and would have been later if the Dr. hadn’t  induced me. He was  expected in June not July. [By the time he was born] a couple of weeks later, the Smith family visited and we celebrated the 1st man on the moon–he slept thru it!

So, it seems that Paul’s “early” thing developed later in life. Fine, fine, but I’d really like to meet Baby soon–and also enjoy a day Italy as a non-pregnant person–so here’s to hoping that she does as he says, not as he does. Ah, the first lesson of great parenting.

Sorry for my sandals, Italy

Am now reduced to wearing Tevas.

And not just for hiking.

Chalk it up to puffy feet, suddenly hot weather and my 30-pound pack up front.

The Italians are horrified. 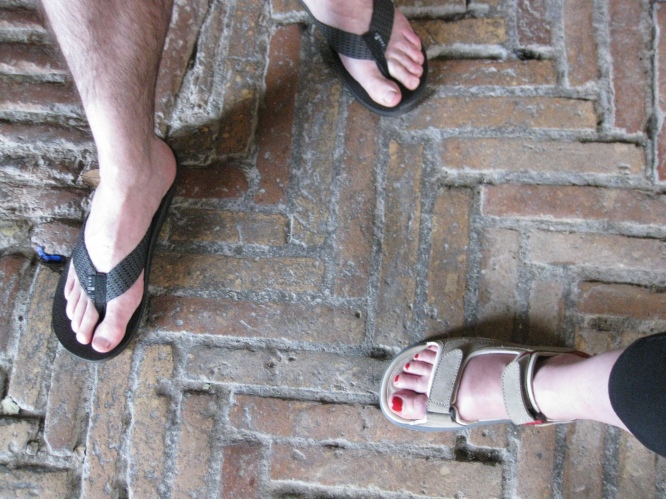 From aunt Trisha and uncle John 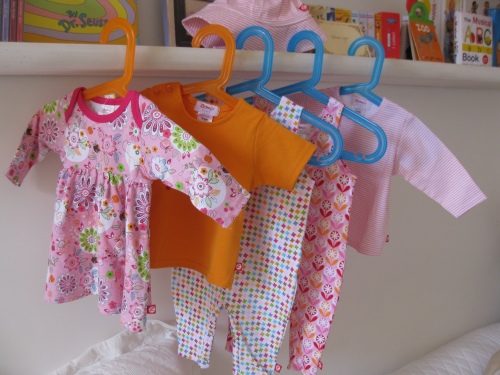 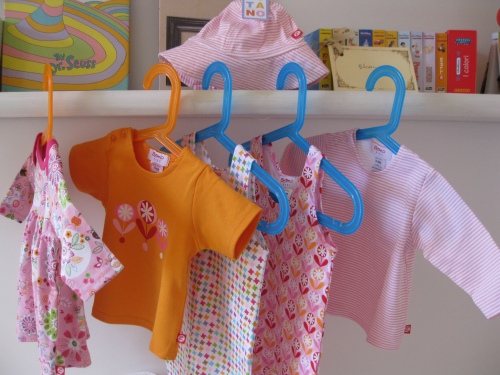 The Rome Report
Create a free website or blog at WordPress.com.