Is called putting together our new coffee table. We branched out and bought a few new things from a few new stores. A big table (the old one became a desk for crafts and projects in the guest room), a beautiful sideboard for the hallway and now a coffee table.

I was excited when I got the call yesterday that the delivery men were on the way. I was saddened when they dropped the bundle of materials on rug and bid me “Ciao!” 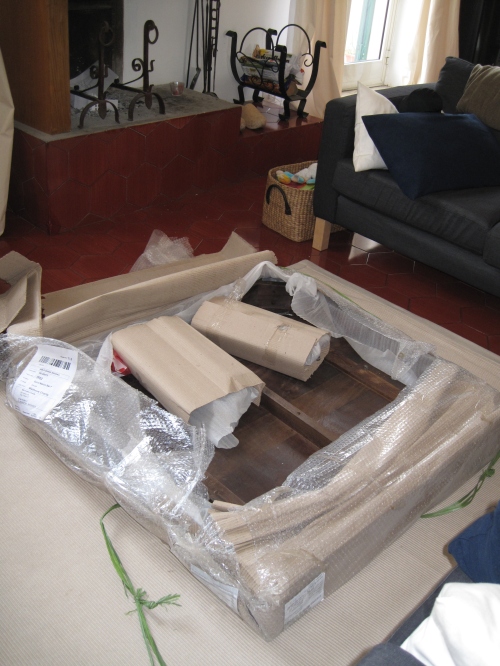 Oh well. At least it came with a tool. 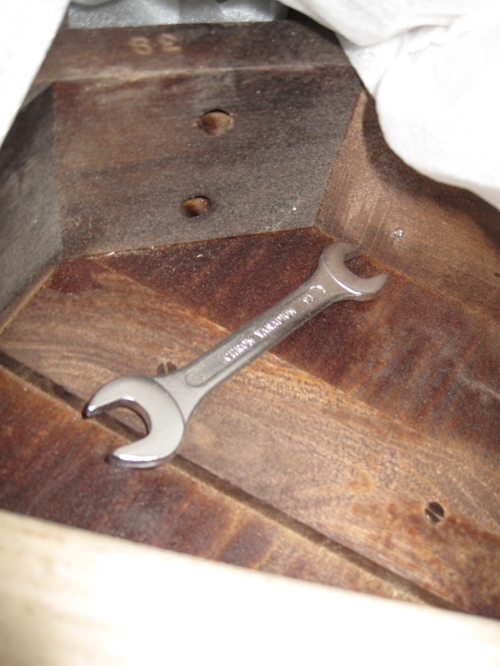 It wasn’t actually very hard to assemble. Only four legs, eight bolts and either five, six or seven washers (more on this below). They’d gone to the trouble of actually affixing stickers onto each of the legs, corresponding to more stickers on the base of the table. As though this was going to be hard to figure out. I pictured someone at the factory saying to another, “How will they know which legs go where? We’ve got to do SOMETHING to make it more clear.” 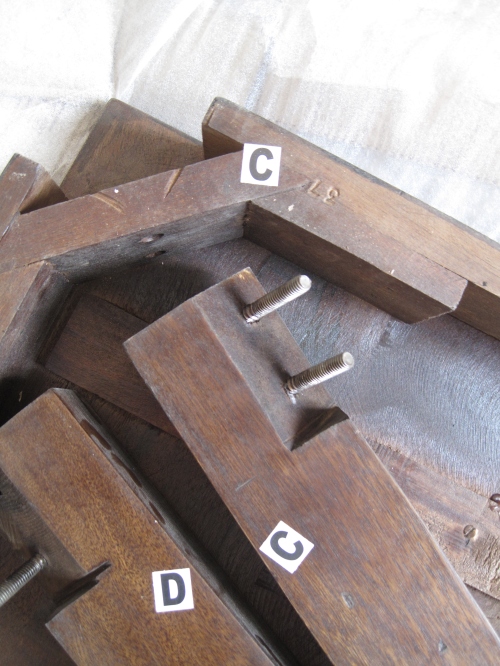 The tone changed considerably with the hardware though. No longer taking great pains to help the home assembler, the bolts and washers, were loose in the packaging. Rattling around and only discovered with considerable effort and creativity. Pulling back this flap of cardboard, shaking out that piece of bubble wrap. It was like my own personal Easter egg hunt on the living room floor.

Eventually I found all eight washers (even after I’d given up on them, twice) and got it easily together. 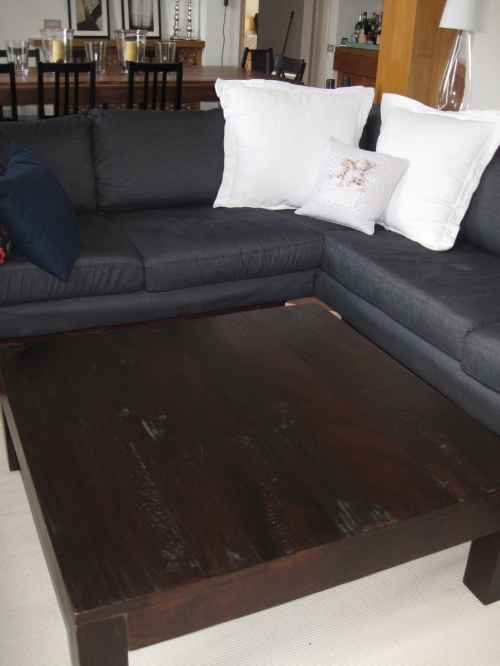 Now all it needs is a thousand magazines and remote controls. 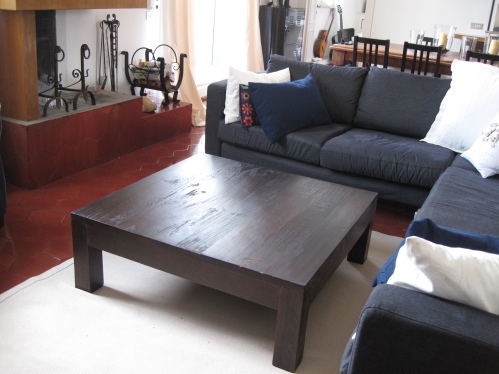 Today she’s ten months old, which means she’s now been out longer than she was in. If I had to compare, and I think I do, I’d say: Pregnancy was something to feel. It was all sort of mysterious and exciting though it seemed to take forever. Plus there was the crushing fatigue.

I think she gets it from Paul

This weekend we set off to an agriturismo (an Italian farm opened up for guests), in the Sabina area. Delicious food, photography and fresh air followed. Molto bene!

Special thanks to Eric and Melissa for bringing their fancy baby backpack to Italy–and letting us use it!

More in a bit…

Someone has a stuffy nose

A priest came to our house

When the doorbell rang I was somewhat hesitant because a. it was the middle of the afternoon and I wasn’t expecting anyone, b. Paul was at work, and c. Phoebe was sleeping and you hate to have any loud noises at that point. Honestly, that was probably my biggest concern.

But when I peeked through the door hole and saw a priest standing there, bible in hand, I opened up. There indeed stood a man of the cloth who immediately started greeting me in lots of Italian. I think it was my confused face that made him pause to ask if I do speak Italian. Then he offered, “Francais? English?” I picked the latter and in he came.

A very nice man, he simply explained that he was here to bless our home, as they apparently do every year from his parish. He’d already been to the first four floors of our building and was headed for our neighbor’s place next. He speaks three languages fluently and even though he delivered the blessing flawlessly, apologized profusely for his “terrible English”. If only my Italian were so bad.

Together we picked a passage from the bible to read aloud, then he said a prayer and even sprinkled the incense ball with a flick of the wrist. Even though I’m not Catholic, I really enjoyed the moment with him and wondered if I’d have been so receptive to a stranger offering to bless my home if we were in the States. I’ll have to think about it, but in the meantime I’ll file this one under “Only in Italy”.

Tagged as only in italy

A birthday party for Max 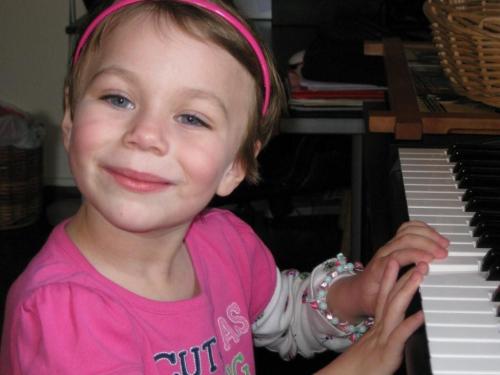 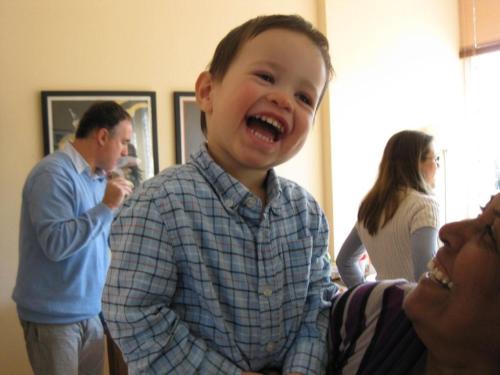 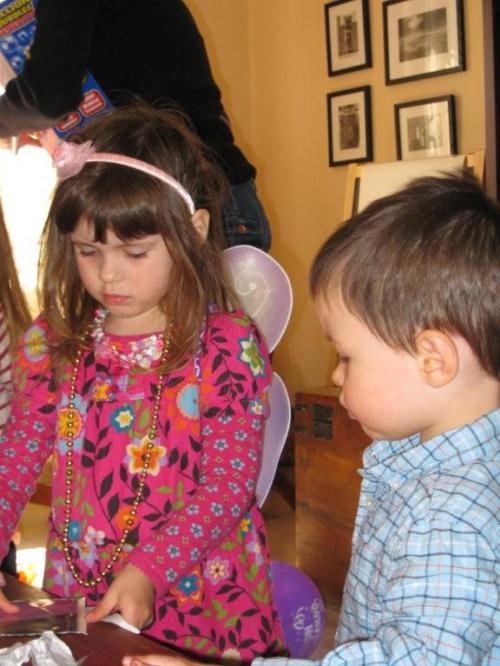 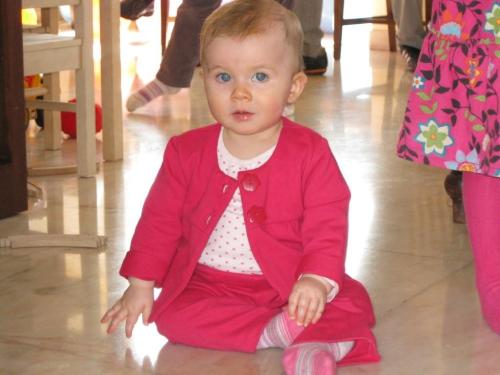 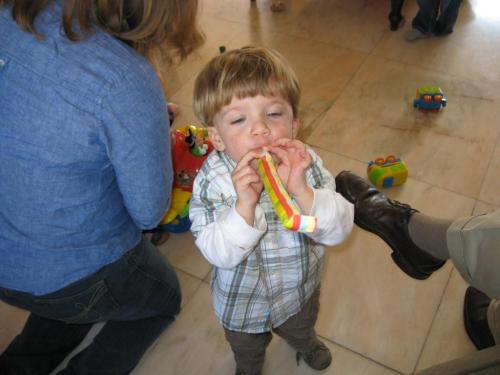 The Rome Report
Blog at WordPress.com.